Susan Cheever is the author of many books on American History, the most recent of which is Drinking in America: Our Secret History, published in 2015. Some of her other notable works include My Name is Bill - Bill Wilson: His Life and the Creation of Alcoholics Anonymous, a biography of Alcoholics Anonymous co-founder Bill Wilson, and Home Before Dark, a memoir about her father, John Cheever. She teaches at Bennington College and The New School in their MFA programs.

In addition to her writing and teaching career, Susan is an experienced and enthusiastic public speaker about recovery,  about e. e. cummings, American History and the writing process. E-mail her at susancheever [at] gmail.com to ask her to speak to your group.

Out of Africa by Isak Dinesen
A book suffused with longing for the lost world of adulthood.

Father and Son by Edmund Gosse
A model for writing about a parent.

Speak, Memory by Vladimir Nabakov
A book suffused with longing for the lost world of childhood.

In Pharoah's Army by Tobias Wolff
Elegant and electrifying book about the war in Vietnam and the war in our hearts.

A Drinking Life by Pete Hammill
Another kind of history of New York.

The Liar's Club by Mary Karr
Amazing stories that never would have been told before memoir became a popular form.

Fierce Attachments by Vivian Gornick
A daughter writes about her mother with grace and wit.

Autobiography of a Face by Lucy Grealy
A beautiful meditation on the nature of physical beauty.

This Boy's Life by Tobias Wolff
A son writes about his mother with grace and wit.

Art and Ardor by Cynthia Ozick
Everything she writes is brilliant.

An American Childhood by Annie Dillard
The title says it all.

Duke of Deception by Geoffrey Wolff
A son writes about his father with grace and wit.

Growing Up by Russell Baker
A gentleman's memoir.

The Shadow Man by Mary Gordon
A daughter writes about her father with grace and wit.

Salvation on Sand Mountain by Denis Covington
One of the best memoirs ever written.

Haywire by Brooke Hayward
A daughter writes about her family.

The Autobiography of Malcolm X by Malcolm X
All politics are autobiographical; this great book is an example. 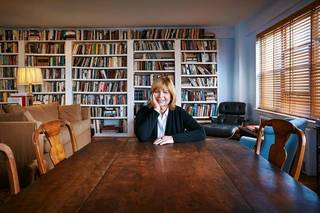